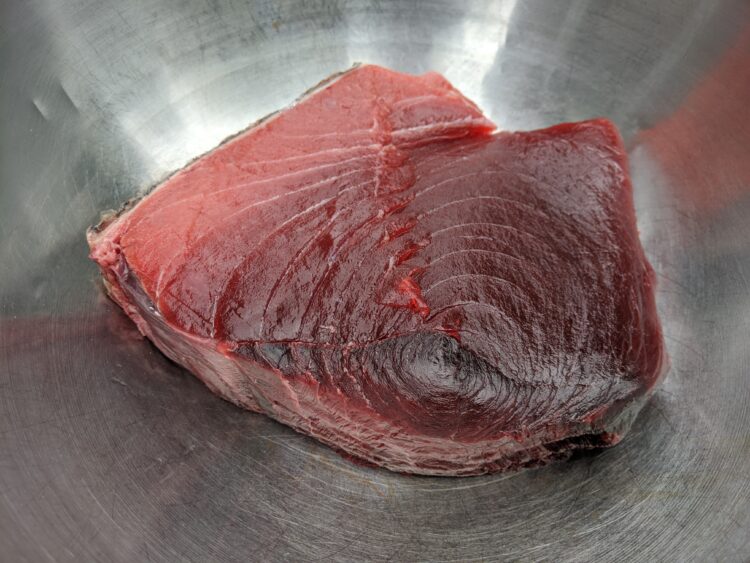 Fish lovers around the world know all too well that bluefin tuna is the king of tuna. Prized for its rich taste and buttery texture, bluefin has no rivals. Whether enjoyed as sushi, sashimi or quickly seared with a sesame seed coating then dipped in a rich soy sauce, bluefin is sure to delight even the most discerning pescatarian.

Due to their enormous size bluefin tuna cannot be farm raised making them all the more valuable on the world market. As populations decrease (due to the obvious effects of overfishing) and demand increases, so do prices. Japan ranks as the world’s number one consumer of bluefin and accounts for a quarter of the global tuna catch, used mostly for sashimi. That makes them the highest per-capita consumer of bluefin in the world, as well as the highest bidders of prized bluefin at Tokyo’s landmark Tsukiji fish market.

Historically, Atlantic bluefin has been the foundation of one of the world’s most lucrative commercial fisheries, with Portugal being a substantial contributor. However, most Portuguese rarely have the luxury of eating bluefin due to the fact that the majority of the country’s catch is bound for Japan and, to a lesser extent, several other countries.

With the onset of the COVID19 pandemic the market for Atlantic bluefin has dramatically changed as shipments to global markets have been largely cut off. Needless to say, this is bad news for bluefin aficionados worldwide but good news for Portuguese tuna lovers.

Recently that included us.

Although we have not been permitted to travel to a municipality where we could purchase fresh fish, a friend of the family was coming to visit from Lisbon and needed to travel through one such area and kindly agree to bring us some fish. We have not eaten fish of any kind, except tuna in a jar, in close to six weeks so this was great news.

Francisco arrived early the following day with the freshest bluefin tuna we have ever seen along with some equally fresh swordfish. He informed us that both catches had arrived on the dock the day before. Pescatarians rejoice! That afternoon I spent an hour or so carefully cleaning and fileting both the tuna and the swordfish and portioning them into individual meals so as not to waste a piece.

A vote was taken and bluefin won as our meal that evening! The rest of the cuts were either refrigerated or frozen for future meals.

Living in sunny Southern California and being a fan of all things grilled I normally would not cook a tuna steak in a pan. However, not having access to a grill left me with no choice but to make the best of my stove top and a non-stick pan. With the rest of our dinner on the table I was able to pay close attention to the searing process which, as it turned out, was a fantastic way to cook tuna!

Cooking the filets in a pan allows you to closely monitor the rate of doneness as it is easy to observe how one side is cooking before flipping the filet over. A splash of olive oil, a small pad of butter and some white wine along with a pinch of salt and pepper was all it took to produce the simplest, juiciest filets of tuna we have ever had.

Going forward I am officially a pan searing convert.

Let’s see how it “pans out” with the swordfish. 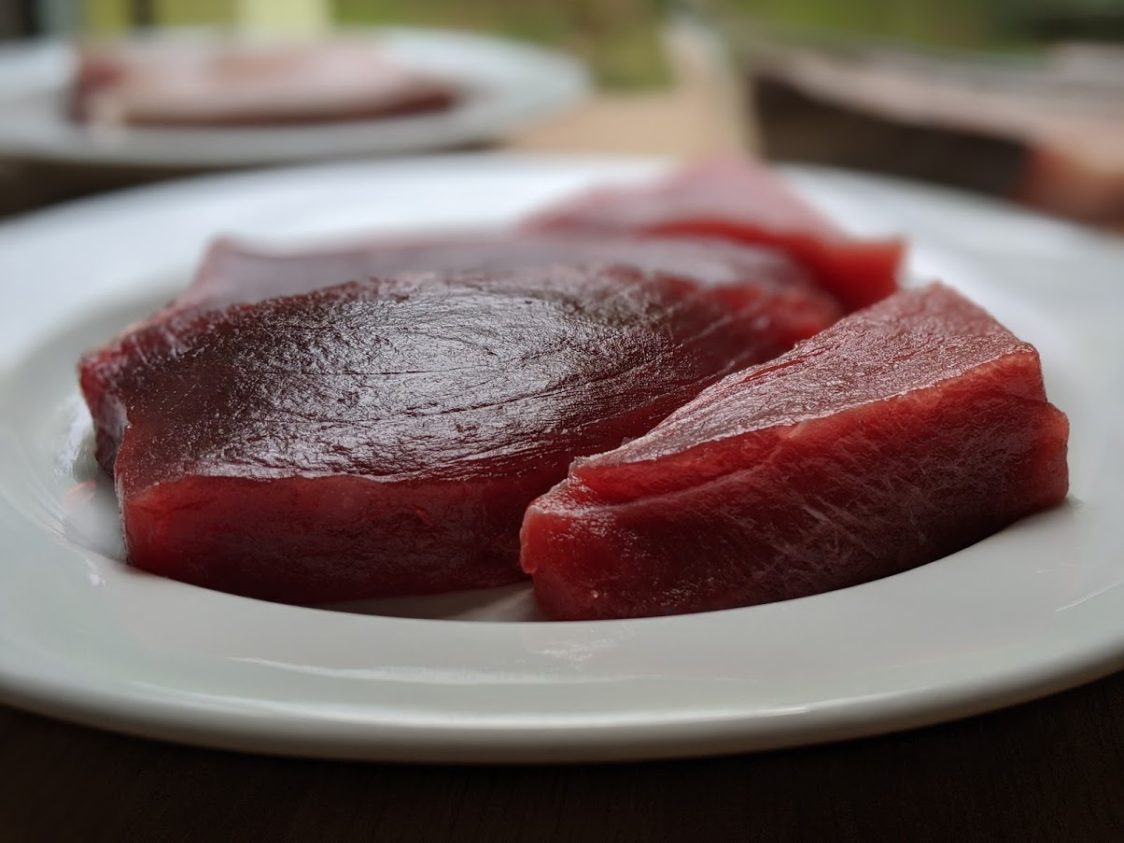 The Romeiros of Sao Miguel