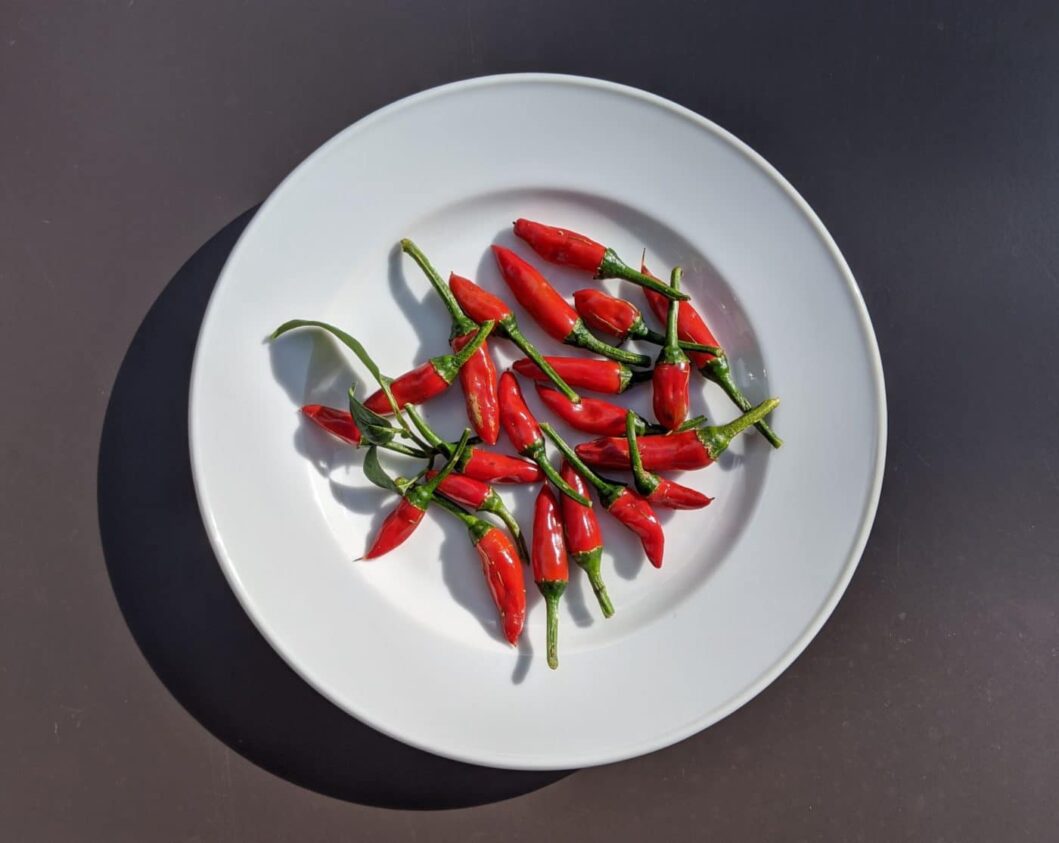 Last night’s storm cleared off late and we woke to another sunny morning. We’re going on three mornings in a row without rain so that’s a new record. A quick shower and a light breakfast and I was out in the vegetable garden by 10am.

Between weeding the various beds and investigating what could be harvested for dinner that evening I came across several deep red chili peppers still clinging to the bushes from last year’s crop. They were healthy, waxy and begging to be picked. I took every last one hanging!

You don’t have to be a rabid chilihead, or spend time deciphering the Scoville heat unit of various chilies to appreciate a little heat in a dish. Heck, you don’t even have to know the correct spelling of this delicious, fiery little fruit.

Is it chili, chilli or chile?

Your morning eggs, next batch of guacamole or a delicious fajita platter won’t know the difference so no need to struggle with the various ways to spell them. So just…chill-i!

Anxious to test the heat from these little buggers I bit off the tiniest bit from the tip of one. Oh boy was I surprised! Although they had overstayed their time on the bush they had not lost one ounce of their ability to send me running for the cabin in search of something, anything, to reduce the burn.

Three beers later I was starting to cool down!

Thanks for following. Stay safe.

Currently living in Savannah, Georgia. Continues to travel the world in search of unique stories involving adventure, architecture, culture, food & markets, people and the most beautiful places on earth.
All Posts »
PrevPreviousSpring has Sprung
NextWaiting on the kidsNext