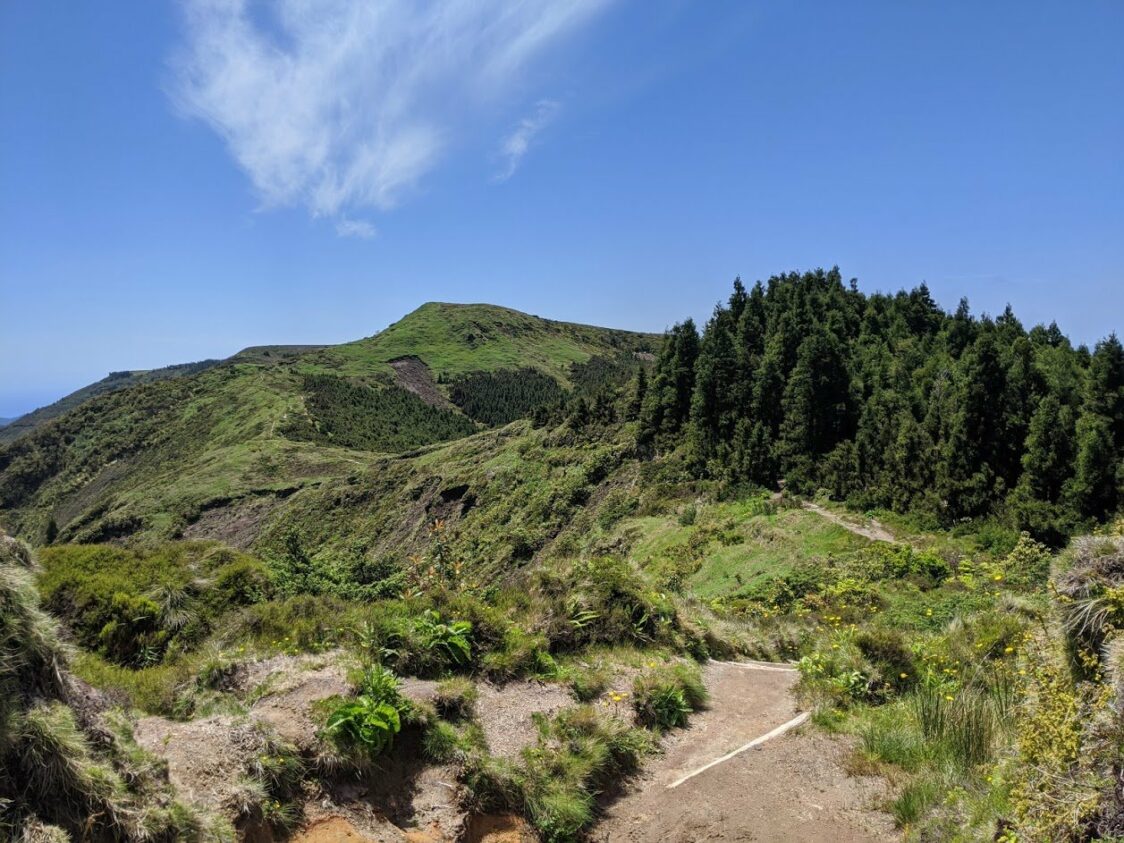 With the unpredictable weather in the Azores we needed a near-perfect day to explore the popular Pico do Vara hike. We have watched, and waited, for months for the weather to offer us a chance.

Today was that day. 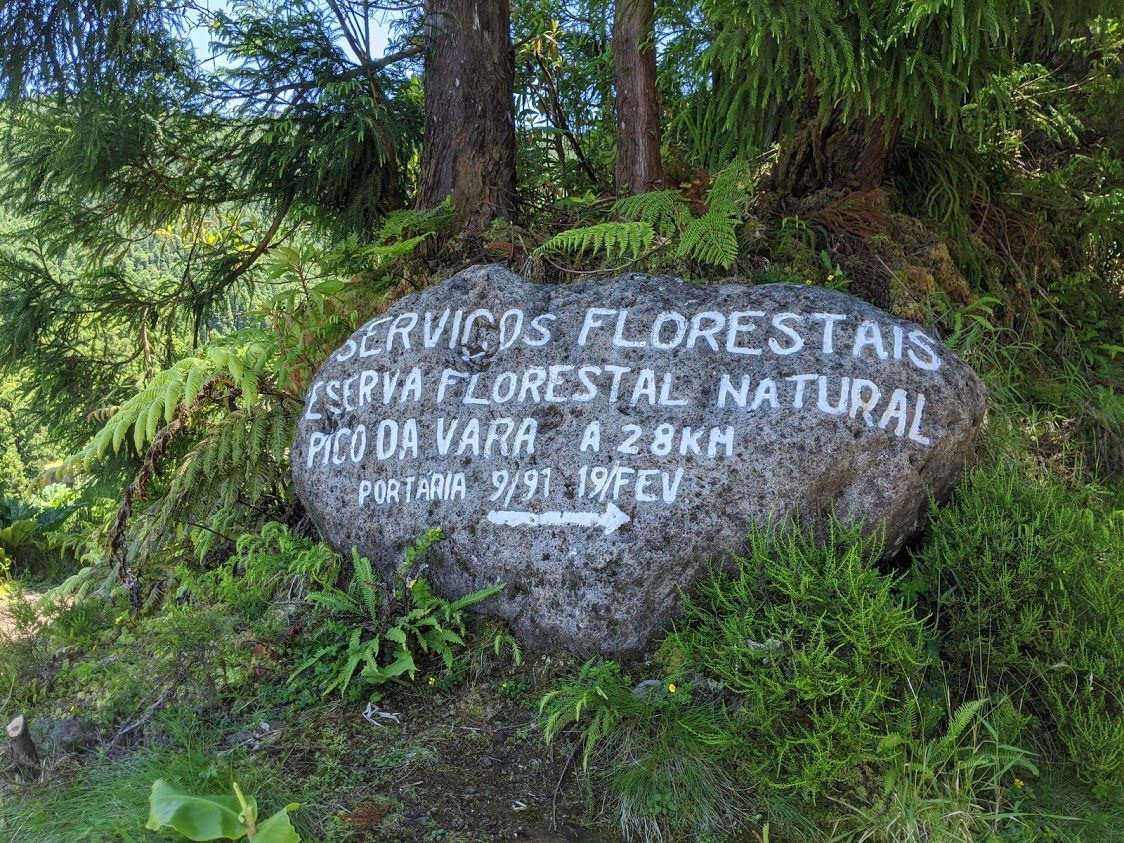 At nearly 3700 feet Pico da Vara is the highest elevation on the island. Those who reach the summit are rewarded with a 360 degree view of the entire island.

Checking the local weather report we could see that the entire island was cloudless for the day so off we went. Driving from our home near Furnas Lake to the trailhead at Pico da Vara is like driving through a scene straight out of “Field of Dreams” as mile after mile of the countryside is covered in various stages of spring corn. From sprouts so small they look like 200 foot zippers against the rich brown soil to fields that are already three feet tall. It grows so fast you can almost hear it.

The trail is situated on the easternmost part of the island of São Miguel, the oldest area of the island, where the land is more eroded and hilly. The numerous deeply embedded ravines serve as pathways for torrential streams keeping the area lush year-round. At nearly 3700 feet Pico da Vara is the highest elevation on the island. Those who reach the summit are rewarded with a 360 degree view of the entire island.

Imagine our surprise when upon arriving at the trailhead there was a sign indicating that the trail was closed! Hmm…what to do? Undaunted we asked a nearby road crew doing some weed mitigation if it was okay to enter the trail. With a wink-and-a-nod from several of the guys we were off. We had recently learned that most of the trails throughout the island had been shut down due to the pandemic yet some were slowly reopening, so we decided to heed the advice of the locals and went for it! 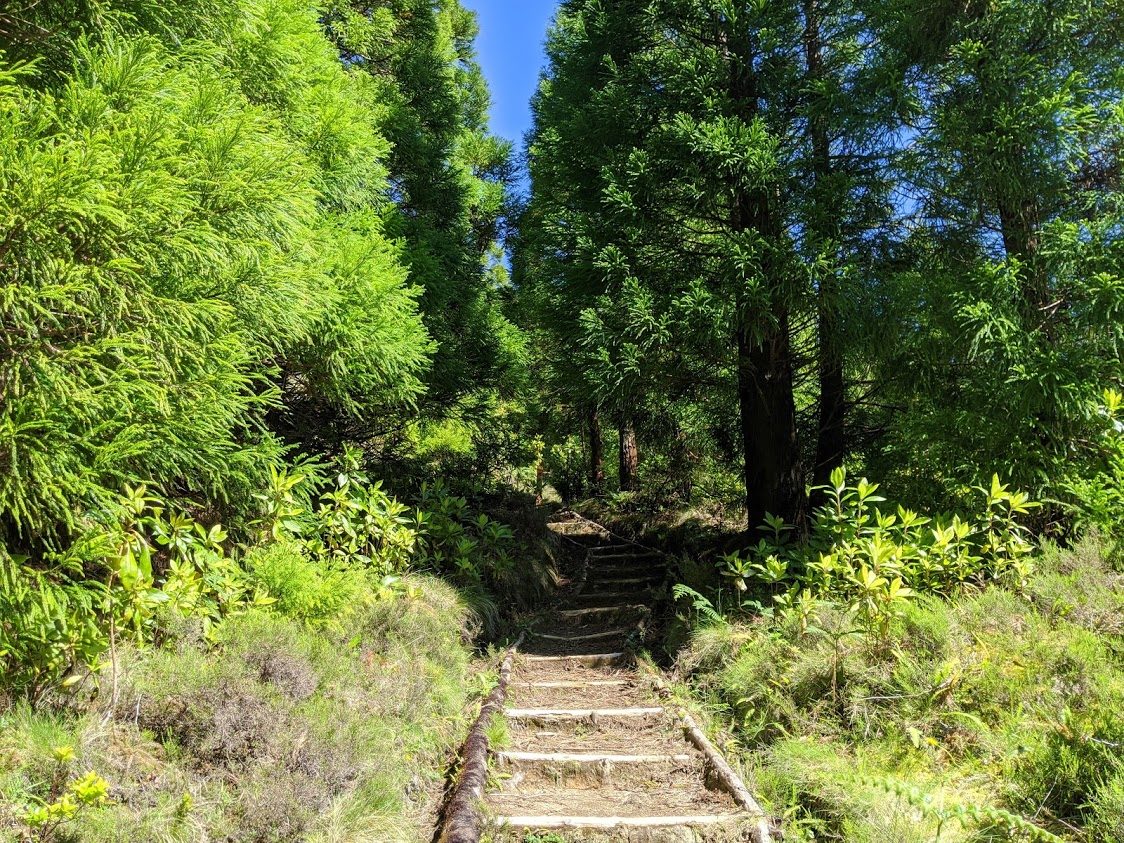 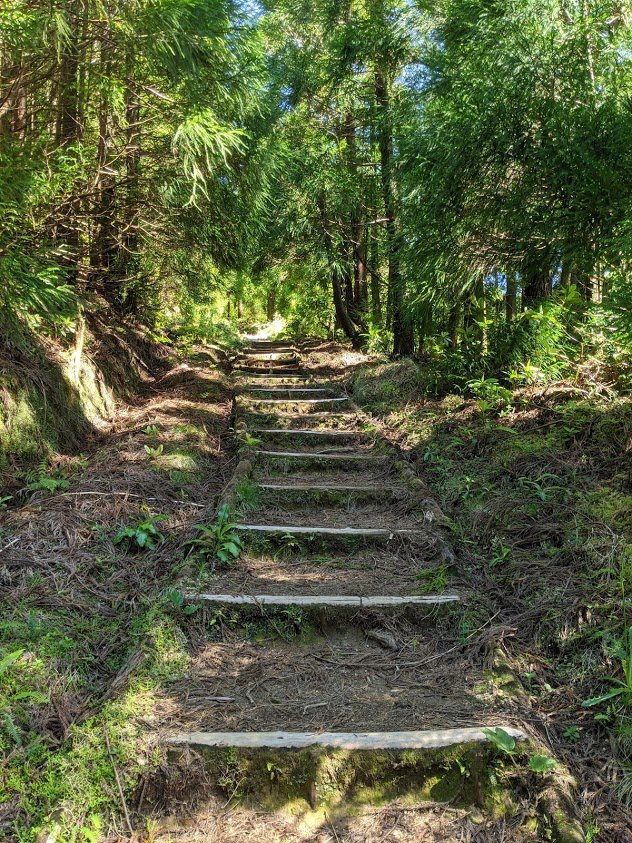 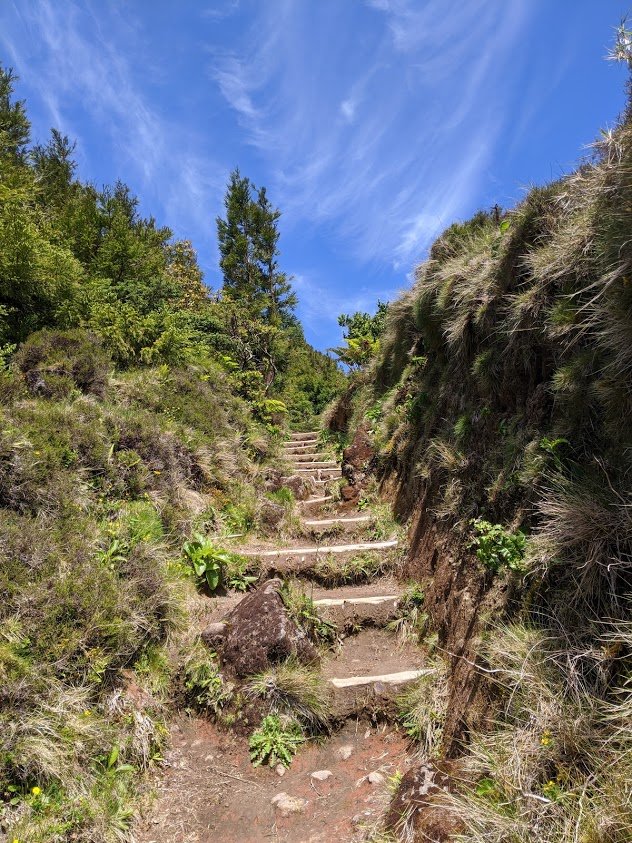 From where we parked the hike was roughly 4 kilometers to the summit and for the most part the trail was it very good condition. The trail weaves in and out of one of the largest remaining stands of native laurel forests on the island which provided us with some much needed shade as the mid-day sun can be very intense.

While climbing we came across separate landmarks that memorialize the falling of two planes, one from the Portuguese Air Force in 1943, and another from Air France in 1949. We strained to imagine the difficulty in removing the debris in such rough terrain.

Roughly half way to the summit the trail breaks open into wide meadows blanketed in wildflowers. It is in these meadows that we caught our first expansive views up and down the coast. Many of our previous hikes had great views but not of the entire island, north-to-south and east-to-west. This may seem like an obvious observation but is at this point you truly realize that you are on an island.

Another kilometer to the summit.

The last kilometer is a real calf burner as the hills turn steeper and the trail becomes considerably more narrow. Hills that we thought were the summit were deceptively blocking our view of the actual summit! 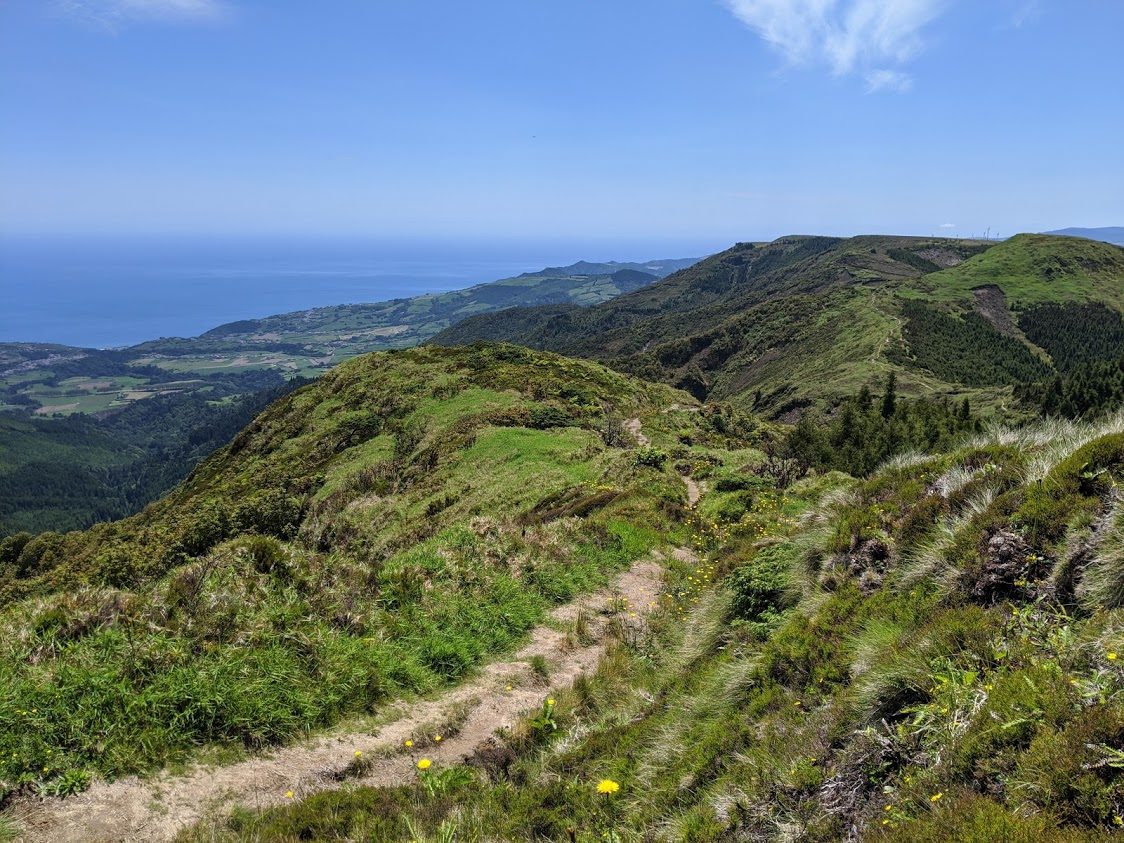 Once at the summit the entire island opens up and the views are astonishing. Villages that we have visited along the coasts appear like tiny model train sets, even through our binoculars.

Once at the summit the entire island opens up and the views are astonishing. Villages that we have visited along the coasts appear like tiny model train sets, even through our binoculars. From this vantage point you can truly appreciate how the land is cultivated. Corn was growing as far as we could see, turning vast pastures various shades of green.

What isn’t green is dirt brown, patiently waiting its turn to be planted with…corn.