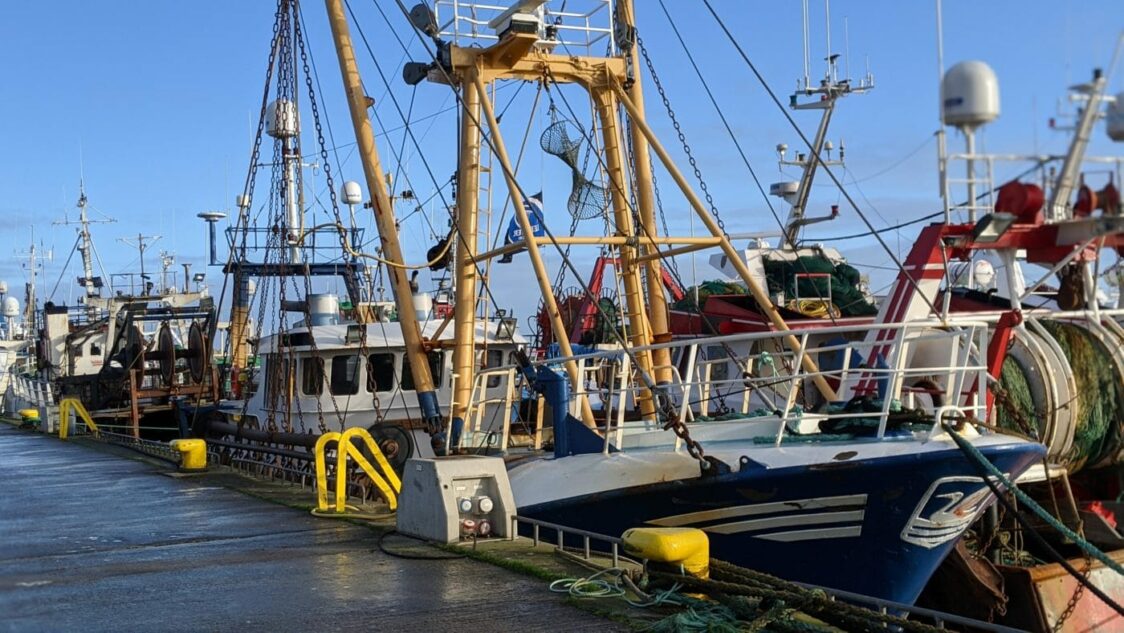 The history of fishing is a fascinating one, dating back some 40,000 years where the oldest known fishing hooks were found in a cave in East Timor. Fast forward to today and the world is faced with one of the most pressing and complex issues of our time…the sustainability of the world’s fish supply. We set out to explore a small part of this ancient pastime along with where the industry stands today while in Howth Fishing Village, Ireland.

Our first visit to Howth left us wanting to learn more about this beautiful fishing village and the fishing industry that is its lifeblood. Fortunately for us, the head fishmonger from the legendary Beshoffs Market, one of Dublin’s best known wholesale fishmongers, agreed to meet with us to satisfy our curiosity. “Just stop in the next time you are in town,” Jack said. Being a gregarious Irishman and loving all things pescadero we knew that we would be in good company with him when we returned.

We arrived mid-morning on the Friday after Christmas to enjoy the great weather and the down to earth vibe of this hard working yet charming Irish coast town. As lunch, and our rendezvous with Jack, was a couple of hours away we took time to amble around the harbor, shooting some photos and walking on the long, east seawall to the old Harbor Lighthouse.

Naturally, lunchtime found us at Beshoffs. Finishing our meal we noticed that Jack was busy dealing with customers during the lunch rush so we headed back outside to kill a little time. As we ducked into one seafood shop after another we were amused by the reactions of curious day-trippers looking at whole fish so fresh they were still bleeding from their gills as well as other species covered in sea slime. You could see their eyes widen like children as they asked numerous questions of the fishmonger

Back at Beshoffs, our conversation with Jack proved to be not only informative but fascinating, leaving us with greater curiosity and even more questions. We discussed the changing marketplace, both on the retail as well as the wholesale side of the industry along with the larger geo-economic and geopolitical aspects of the global fishing business. What we mistakenly assumed to be a “community of like minded fishmongers” was quickly and assuredly tossed aside by Jack as incorrect. Instead, he told us that the retail side of the fish business is “extremely cutthroat” and there exists little trust, camaraderie or cooperation between the various shops. However, there is one goal that all of the fishmongers have in common.
Coincidentally, a lively family from the Philippines dropped in to purchase an entire case of whole branzino, a delicious farmed raised white fish from Greece. We mentioned to Jack that we had seen them after lunch in another shop buying several bags of fresh oysters. He explained that up until as little as ten years ago Beshoffs, or any of the fish shops in Howth, never sold whole fish.

As tourists from around the world began visiting, with some eventually moving to the area, the demands on the fish shops to accommodate their varied tastes in seafood become necessary. Thus the whole branzino. Historically, the Irish are not whole fish eaters, instead preferring filets. What was once an occasional request is now commonplace throughout the Howth Fishing Village as well as many other fishing towns. Customers express their interest in purchasing what is familiar to them and the entire retail, wholesale, and importer chain responds. What can’t be caught in Irish waters will be flown in from Greece, Scotland, Norway, Africa or any point on the map in order to fill the demand. It’s that simple and that complicated.

One thing that Jack, as well as other fishmongers shared with us was their collective contempt for farm-raised fish. Although they reluctantly carry certain farmed species they would never consume it themselves. There are myriad arguments for their own personal disdain, yet they also realize that if the demand for farmed fish continues, and it does, the entire supply chain will respond.

The issue of fish farming plays into a much larger scenario that includes the depletion of many species through overfishing, massive consumption by developing nations and the increasing global appetite for fish as a source of protein. As the world’s governments, regulatory agencies, watchdog groups and the fishing industry at large grapple with these epic issues fish farming will continue to grow. Much to the benefit of many yet much to the chagrin of other

In today’s increasingly contentious geopolitical climate there does not appear to be enough measures in place to correct what has become, and will continue to be, one of the largest problems the oceans face today. There are no simple answers…only a multitude of questions as to how to move forward on this compelling topic. To say the least, it is a globally complicated issue.

The conversation turned away from the problems facing the fishing industry to the building of the harbor that has given Howth its character and made it what it is today. Jack shared that Howth has been settled since prehistoric times, and features prominently in Irish mythology. It also traces its history, at least the 14th century, as a quaint fishing village and small trading port.

We learned that Howth harbor was designed by none other than the famous, or infamous, Captain Bligh of the H.M.S Bounty, a ship and event made famous by the 1962 American epic film “Mutiny on the Bounty” starring Marlon Brando.

The rich and storied history of Howth includes the first recorded Viking raid in Ireland. There have been all manner of British royal visits to the region including kings, queens, princes, and princesses. One such esteemed royal, King George IV, the 59-year-old party animal himself, was so inebriated upon his arrival in Howth he claimed that it was the happiest day of his life as he told the enthusiastic throngs that his heart was Irish. That comment was more than likely the result of his copious consumption of Irish whiskey on the voyage from England to Howth! And then there was the threat of invasion by Napoleon and his army that reached near panic proportions at the end of the 18th. century yet the invasion never took place.

These days the only invasion that the Howth Fishing Village and its residents, have to deal with are the throngs of tourists and day-tripping Dubliners pouring off the train looking for some invigorating Irish Sea air and a good fishmonger.

As we rounded the one hour mark of our conversation Jack politely excused himself to, in his words, “work the counter” as once again crowds were lining up for their “catch of the day.”