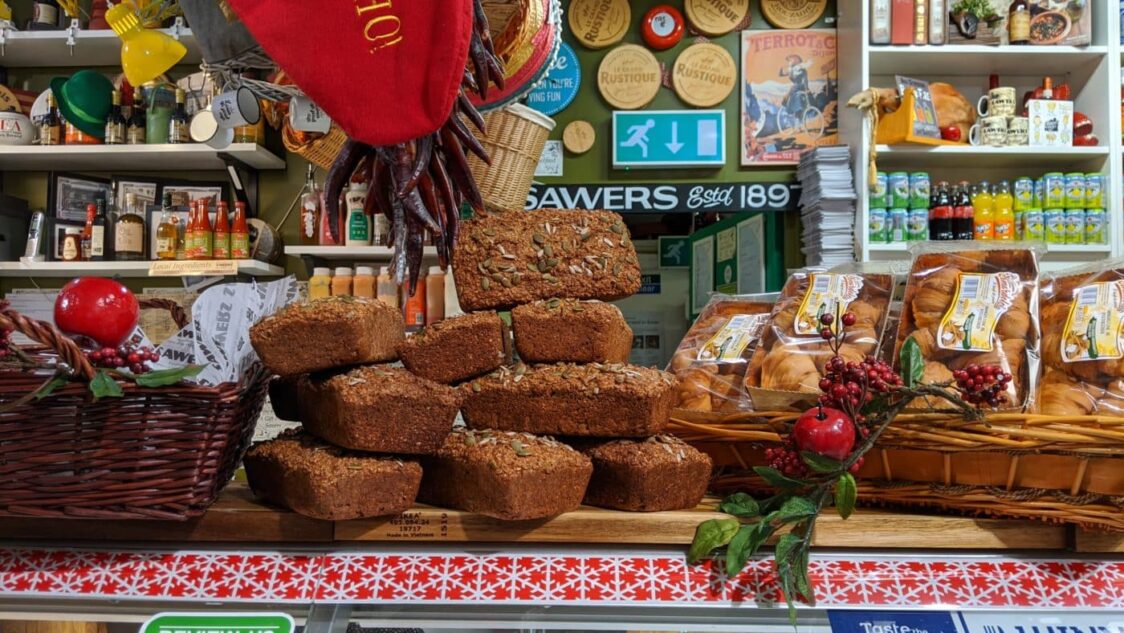 While waiting for our meal at Cafe Parisien, a French restaurant overlooking the Belfast City Hall, I asked Fernanda if she could research a good deli somewhere nearby. Within minutes she located Sawers Market, a mere 3 blocks from the restaurant. We walked over only to find that they had closed for the day No worries we said. We’ll stop in another day. 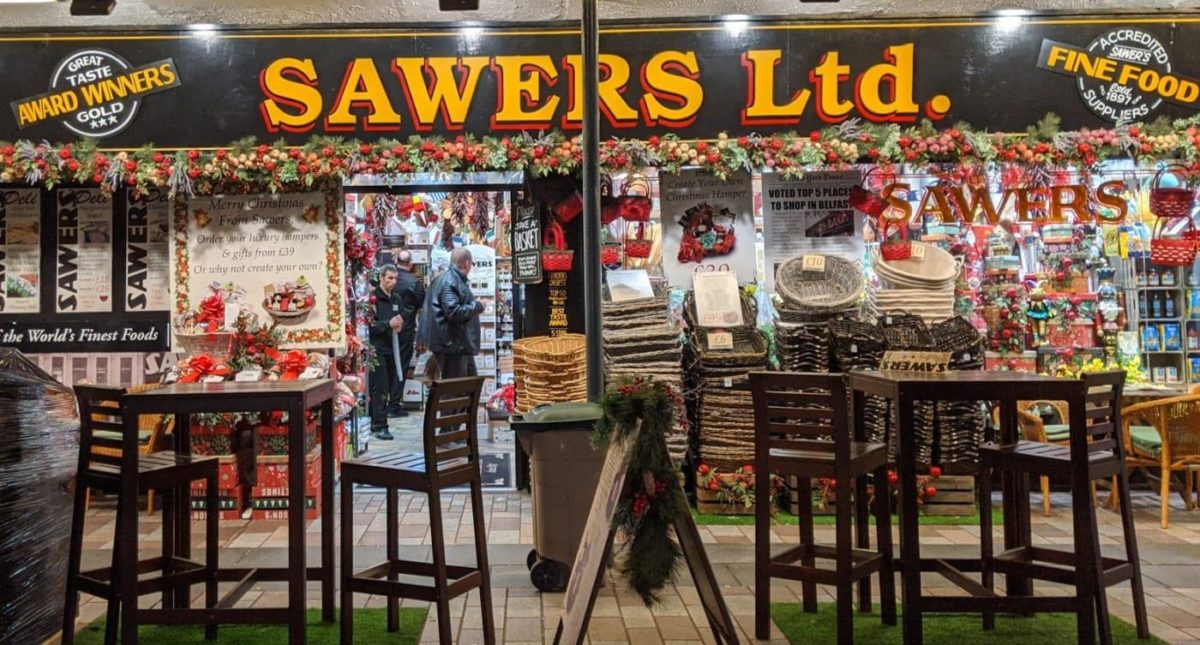 On our third day in the city we visited the Titanic Museum and as we returned through the city we stopped back in at Sawers. This time they were open. There I met Kieran Sloan, the owner of this iconic deli lovingly referred to as an “Alladin’s cave of culinary delights.” We struck up a conversation as he was stocking shelves. No…“I am the owner” pretension for Kieran. Not this guy.

Moments later a woman walked in and interrupted our conversation by informing Kieran that she had been “doing some research on bottled water and needed some advice.”

I quickly caught a glimpse of Kieran’s sense of humor as he looked past her over to me and rolled his eyes as if to say…”oh-no not another one!” She was unable to notice his sarcastic glance as we are both north of six feet tall and she was easily a full head shorter!

He politely excused himself to aid this poor soul in her “research” only to return moments later mumbling something about “bloody bottled water.” Turns out this elixir seeking customer is not the first one to pursue the fountain of youth that is marketed under several brand names yet remains exactly what it is…water from various municipal sources masquerading as something greater than water! 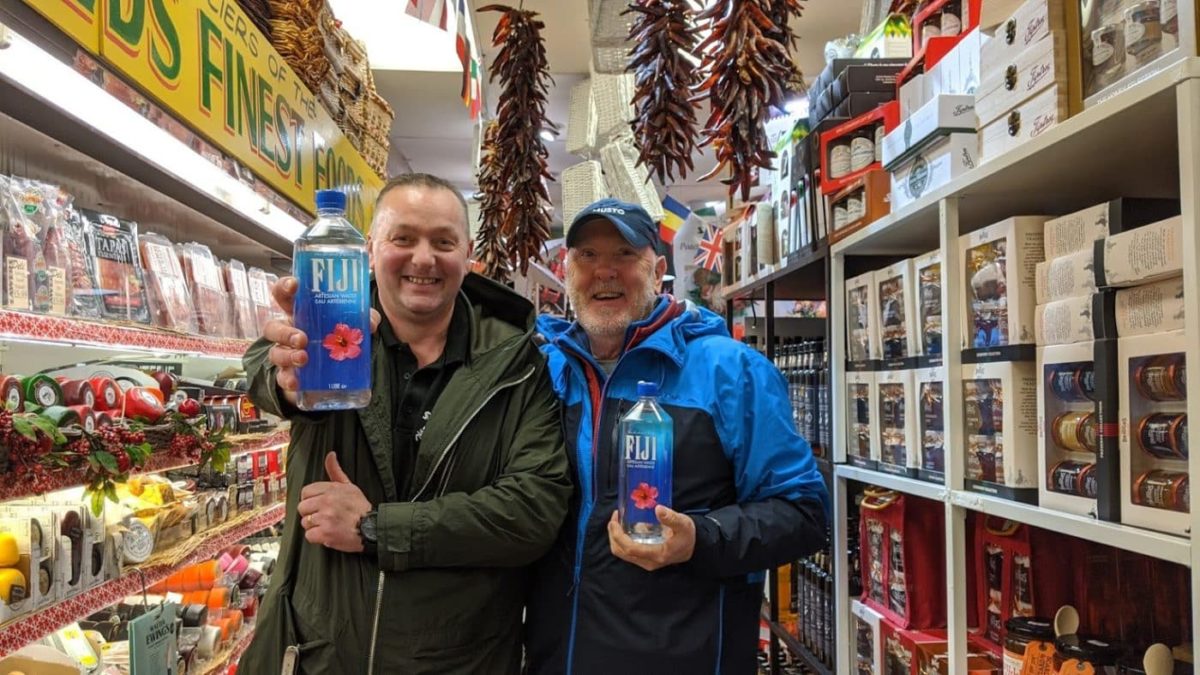 We were both laughing over the scam that bottled water truly is when he stopped long enough to share a funny Fiji water story with me.

During a 2018 Belfast music festival he got a visit from singer Katy Perry’s “people”. She was scheduled to perform at the festival and they had one request…did Sawers stock Fiji water? Of course they did he told them as they proceeded to clear out his entire inventory on the spot. Apparently Fiji water was the only thing that the multi-talented diva imbibes while performing.

That evening Kieran went home and shared with his wife and young daughter that Katy Perry’s people stopped in the store and purchased all of the Fiji water they had in stock. He thought it was a cute story.

Little did he know that his daughter was a huge Katy Perry fan. Upon hearing his story she promptly informed him that the only water she would be drinking from that point on would be…you guessed it…Fiji water!

So much for bringing work stories home!

Sawers is a family business established in 1897 that has prided itself on stocking an extensive range of quality foods from around the world. Sawers is as famous in Belfast as the Titanic and in fact supplied the R.M.S. Titanic with olives, cheese and more for many of its onboard functions.

If the Titanic were afloat today perhaps Sawers would also be supplying Fiji water! 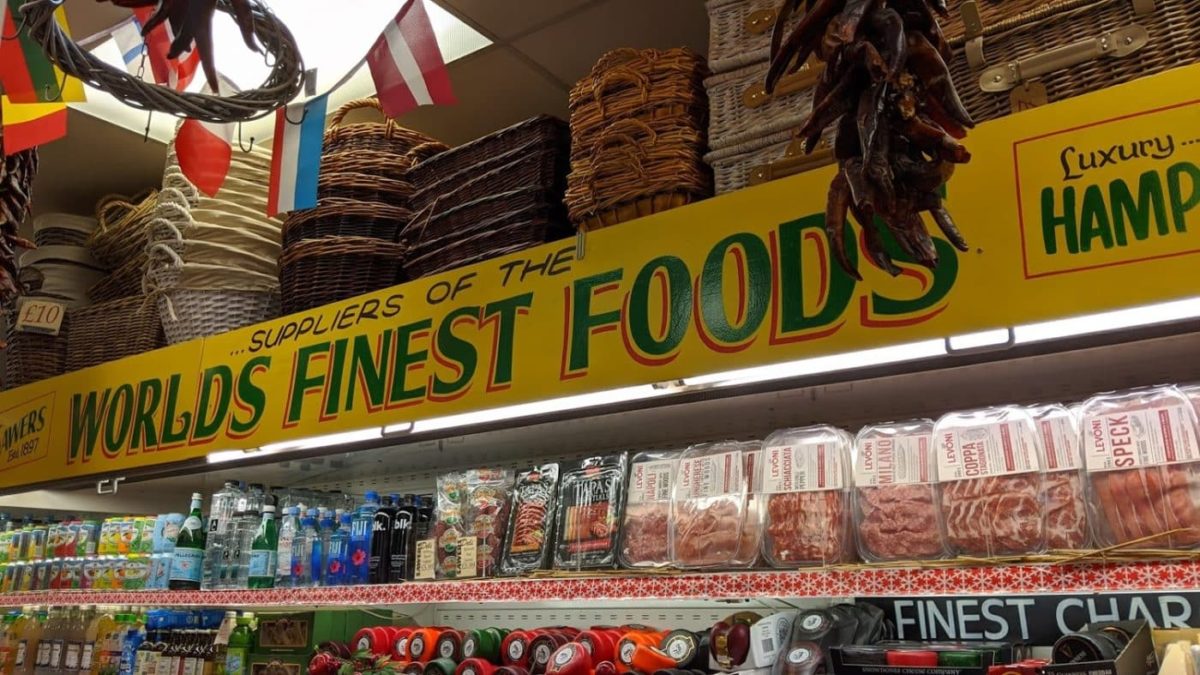 Some of the simplest pleasures while traveling come from meeting people like Kieran and from supporting institutions such as Sawers. Through our own purchase of several items from the suppliers of the “World’s Finest Foods” we were able to experience a small, yet meaningful, part of Belfast’s history.