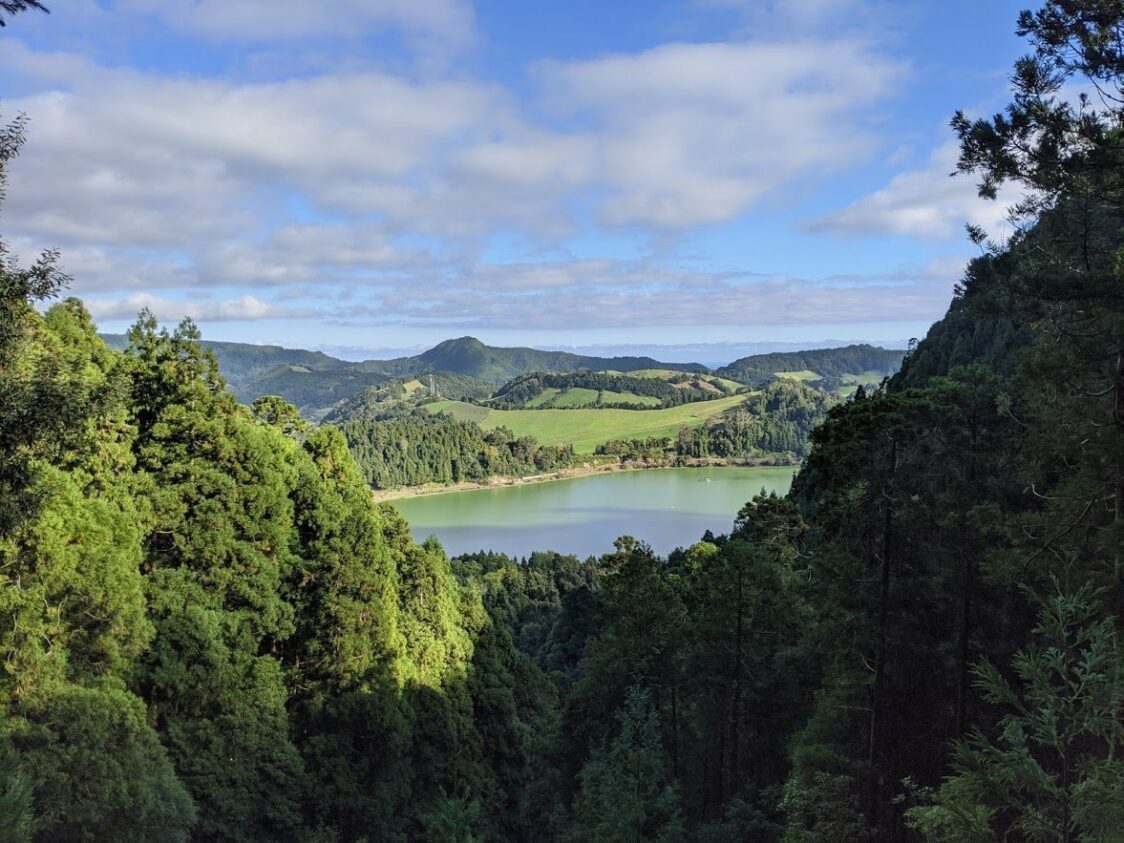 The night started out with a light rain.

Little by little, lightning began flashing on the horizon followed by the distant rumbling of thunder. It all felt so romantic…for the first half hour.

And then all hell broke loose.

Soon the storm grew larger, closer and meaner as it quickly doubled, then tripled in intensity. In what seemed like an instant it became a beast with shockingly frequent lightning accompanied by thunder so loud it shook the ground like an earthquake. It was raining so hard it seemed as though Poseidon himself had arrived on the scene to throw one of his epic temper tantrums.

The normal behaviour associated with thunder following lightning as a measurement of how close a storm is, or is moving away, made absolutely no sense. For the better part of three hours the amount of chaos in the atmosphere was simply mind boggling. As was our fear factor.

As we lay in bed we remarked on the amount of damage this colossal storm must be wreaking on the trees throughout the island. It would not be long before we had our answer.

A few days after the storm we took one of our regular walks around Furnas Lake to survey the damage. Other than numerous logs and debris resting on the southern shore of the lake everything looked surprisingly intact.

That was until we reached the river that flows from the mountains into the lake. Where there was once a stone bridge, allowing passage across the river, there was now an enormous mash-up of boulders, shredded trees and a riverbank that appeared to have been clawed apart by some sort of monster.

The nearby picnic grounds were covered in boulders, knee high mud and debris along with countless trees. It looked as though a tsunami had torn through the area.

What puzzled us the most was…what happened to the river that was flowing out to the lake less than a week ago. The waterfalls that originate high up in the surrounding mountains that feed the river are still active, so where was the water?

Days later our visit to Grena Parque would provide us with more evidence of the storm damage along with answers to our question as to how and why the river disappeared.

Grena Parque is treasured by locals and tourists alike for its greenery, numerous waterfalls and fantastic viewpoints of the lake, mountains and meadows. The park is large enough to spend hours roaming around and there are several areas throughout the grounds with benches and picnic tables for park goers to rest, eat and enjoy the surroundings.

One of the more interesting features of the park are the hand-hewn bridges and stairs…some of which are long, steep and grueling. At least three of the bridges were totally destroyed during the storm due to the massive amount of onrushing water carrying boulders and trees. Our first hint that the river had swollen to gargantuan proportions was crossing a footbridge that appeared to be brand new. We later learned from a park ranger that bridge was completely wiped out. It is a testimony to the park workers that this particular bridge, one of the longest in the park, was rebuilt so quickly.

As we traversed the park we could see signs of damage from the storm everywhere. There were downed trees, massively eroded riverbanks and boulders strewn about like children’s toys. It didn’t require a lot of imagination to visualize what took place here the night of the storm. The evidence was overwhelming.

On the left bank of the river there was a 40-50 foot wall that was completely wiped clean of trees, bamboo and ferns. They lay in a tangled mess on the bank of the river looking like massive pick-up-sticks. Prior to the storm the waterfall ended in a small lake at its base.

That lake was now gone.

So many of the rocks and boulders that formed the lakes edge were displaced that it forced its entire volume of water downstream. Had we not known that there was previously a lake there we would have thought nothing of its absence. It was awesome to envision how that much water could be displaced.

The continuing mystery as to how the river disappeared was solved while heading back down the valley to the trailhead. As we traced the dwindling flow from the falls toward the lake there was a point where the river completely disappeared under a jumble of massive boulders. It was at this spot that the rush of boulders, debris and unimaginable volume of water had changed the course of the river by forcing it underground!

We were told that although the river would still find its way out to the lake nobody could be certain as to when, or if, it would ever surface again.

It rains frequently here in the Azores and in Furnas. We have come to enjoy it very much. It is the life force that keeps this island so lush and green. Experiencing that epic storm, and its aftermath, completely changed everything we thought about thunderstorms and is something that we will never forget.