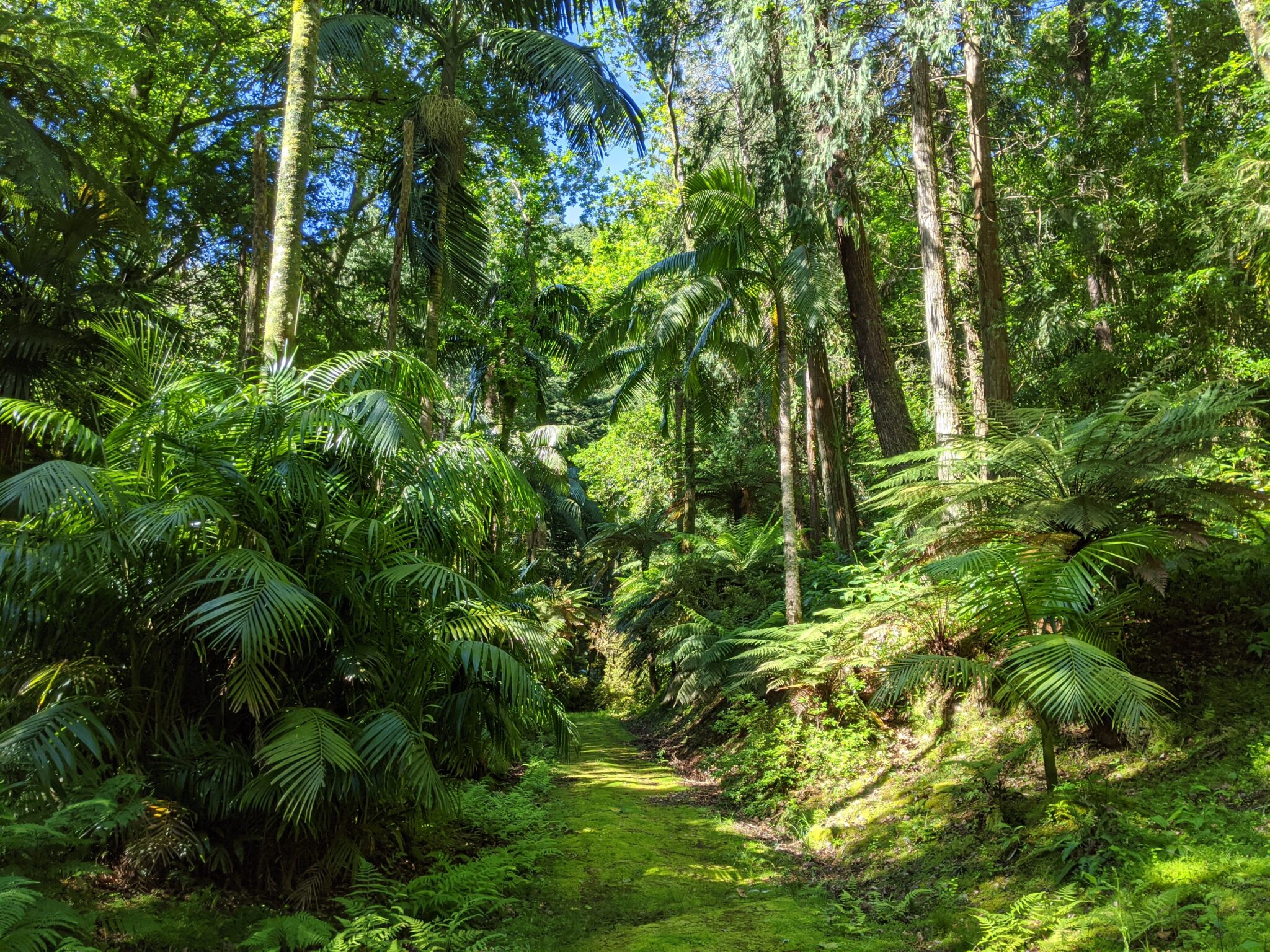 During our stay near the village of Furnas, one of our daily rituals is to walk the five-mile loop around Furnas Lake. We have spent enough time here to observe that there are no two walks alike. The light, wind direction, leafing of the trees, and clouds all serve to create various dramatic effects every time we venture out. One day the lake is blue. The next day it is green.

At the beginning of our walk is the Mata-Jardim (José do Canto Woodland Garden). This 19th. century garden was boldly envisioned by José do Canto, a wealthy Azorean, renowned gardener, and botanist. Part of his mission for creating a world-class garden necessitated buying up small plots of land from roughly a hundred nearby land owners so as to amass enough land to fulfill his vision. The total amount of land he wound up with was close to 1500 acres. Not a bad start for a garden.

Assisting Mt. Canto with his grand vision to build a garden that would garner the world’s attention was none other than the famous Parisian landscape architect, Barillet Deschamps, who played a substantial role in creating the gardens of the Champs-Elysées, among many other landmark Parisian public gardens. Needless to say, Mr. Canto had high hopes for his “garden by the lake”. 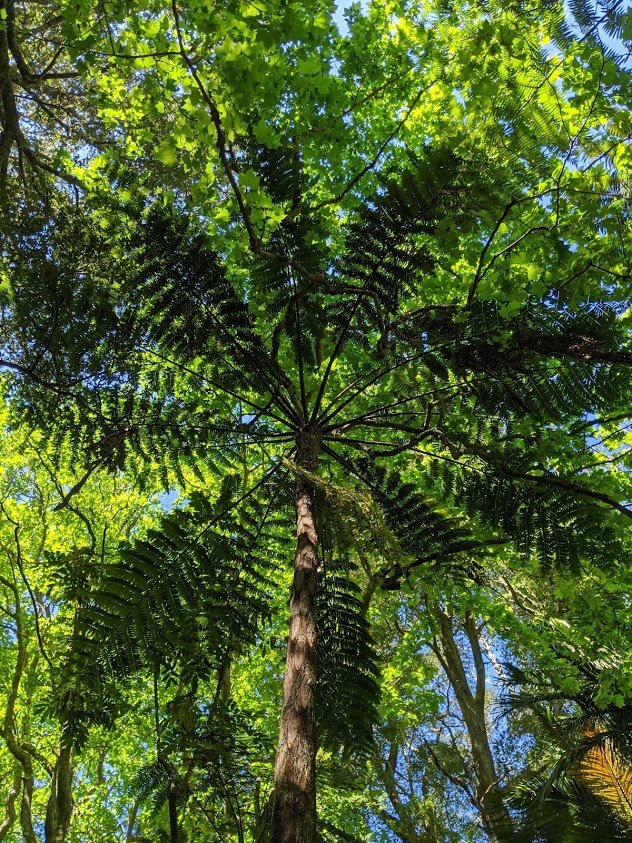 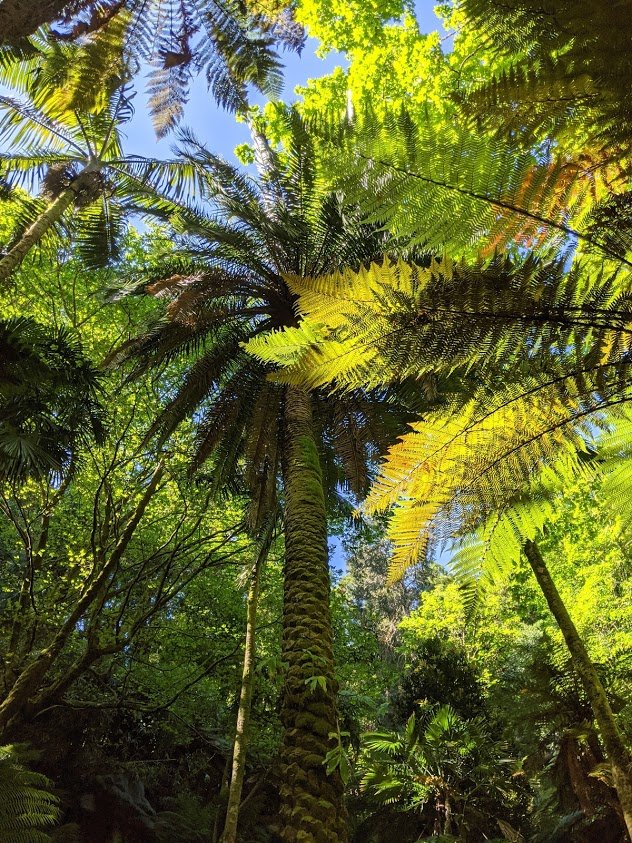 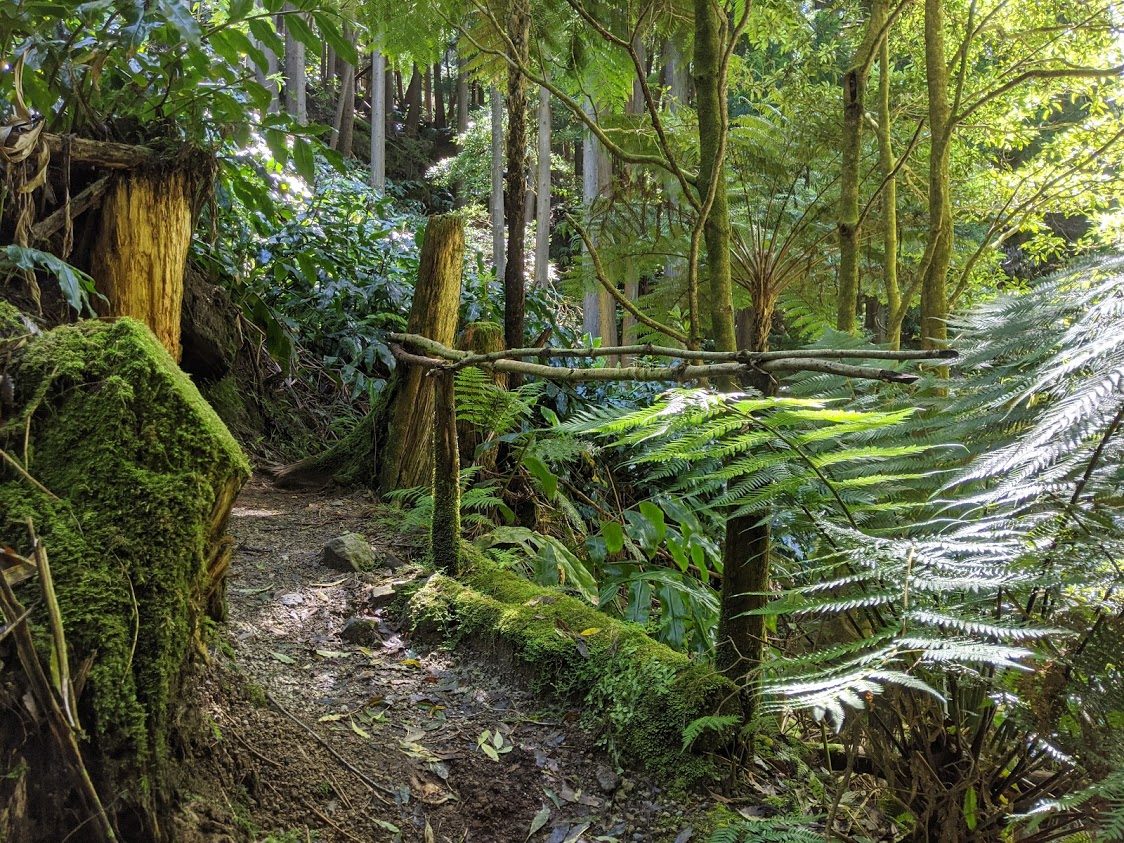 Today as we walked past the garden, which has been closed for months due to the pandemic, we noticed that the gate to the entrance was open as well as the ticket kiosk. We heard the news that the garden would reopen soon so we asked the gentleman when that would be.

Imagine our surprise, here it was a Friday and there was not another soul in sight. But wait…we didn’t bring any money to pay the entrance fee because we did not think it would be open. “No problem, just bring the money tomorrow” he said and waved us in. He had seen us enough to know that we were locals.

For over two months we have observed the park from the road on our daily walks and now we were inside…alone. Saturday and Sunday would bring dozens if not hundreds of locals but today the grounds belonged to us.

For the first hour we simply wandered around…visiting the roosters and their newborn chicks that, until today, we could only hear from a distance as we passed by each day. From there we discovered the most visited site in the garden, the Vale dos Fetos, or Valley of the Ferns. Acres of ferns cover the ground as tree ferns from tropical and subtropical regions of the world shoot a hundred feet into the air. It is a Jurassic wonderland minus the dinosaurs.

Had we been allowed in the garden just a month or so earlier we would have witnessed the nearly 1400 camellias in bloom, which are considered one of the best collections of old camellias in the Azores. For the past couple of months we saw glimpses of them from outside the garden, so although the flowers had overstayed their introduction to spring, just being among that many was a rare treat. From there we passed the apple orchard, containing dozens of trees before heading to the chapel. 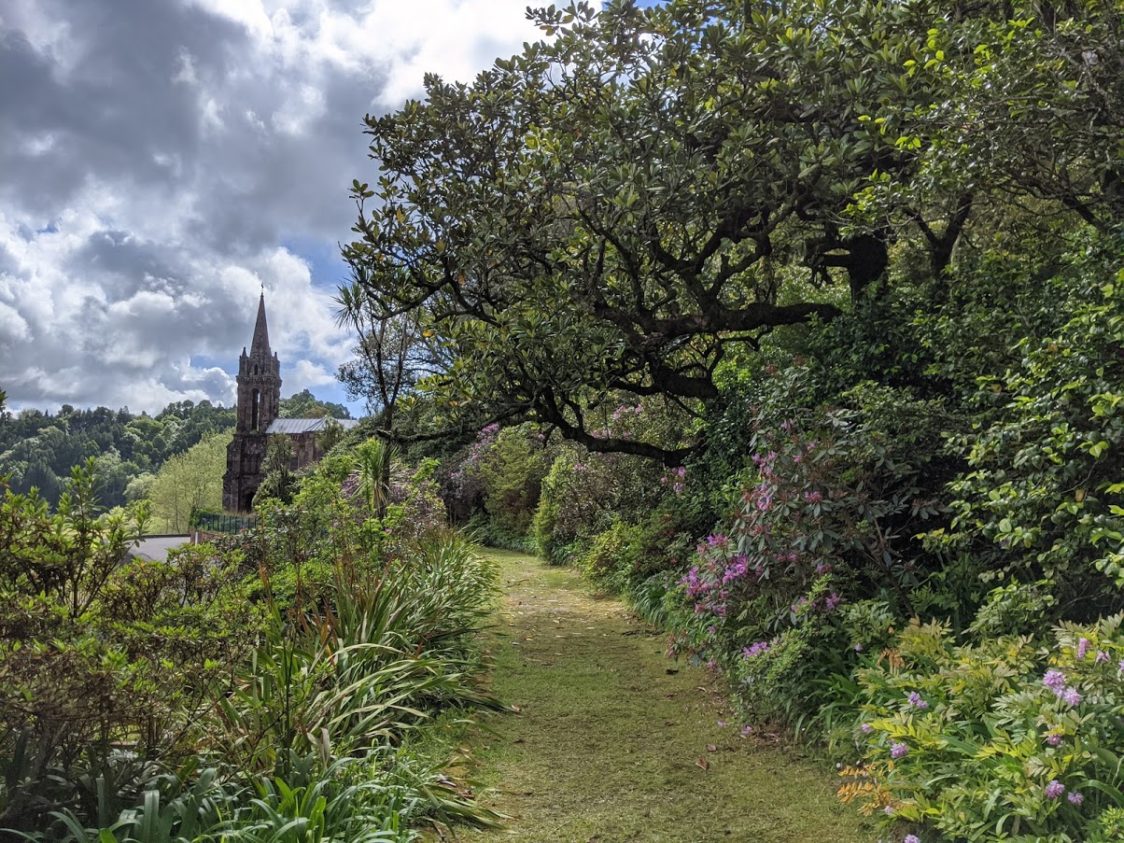 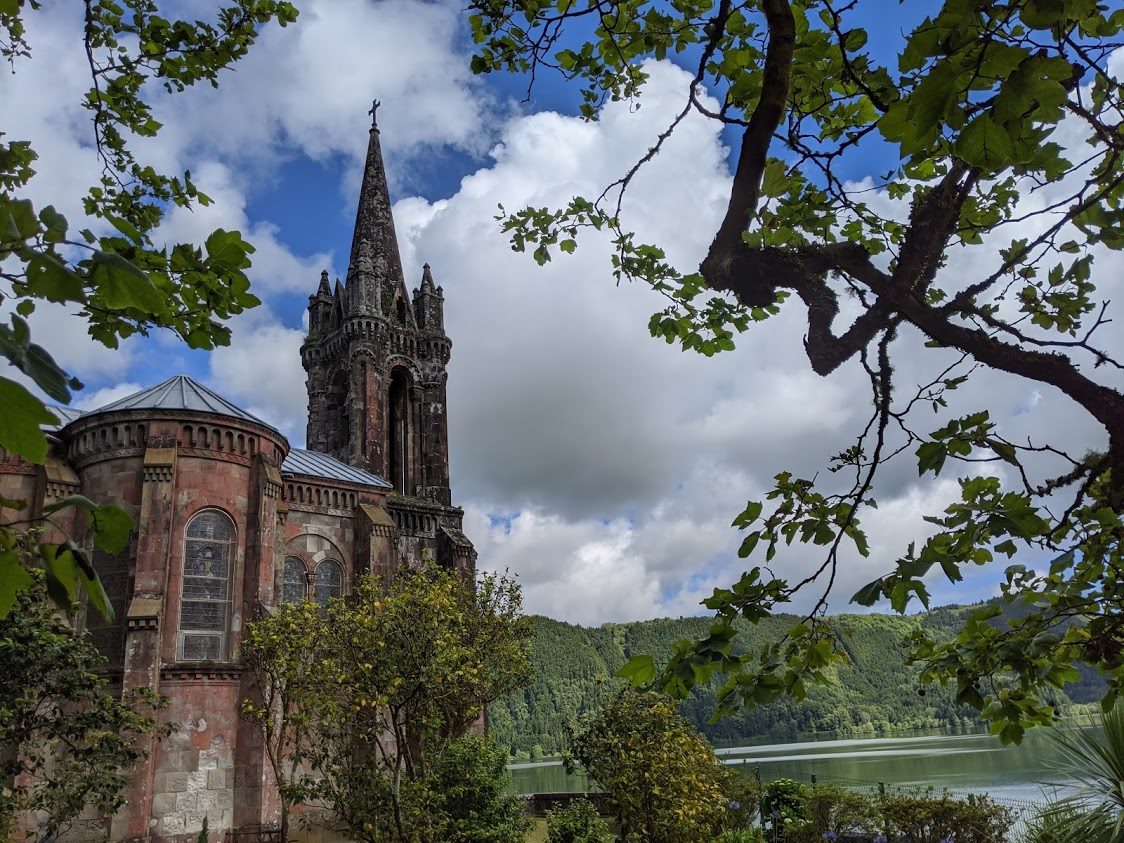 The Chapel of Our Lady of Victories, as it is called, was built as a mausoleum for José and his wife Maria Guilhermina. It stands as one of the rare examples of French Neo-Gothic architecture in Portugal. Once again, José turned to French architects to design the landmark chapel. Having spent some of his youth studying in Paris it is no surprise that Mr. Canto possessed an affection for certain aspects of French culture.

The chapel has been shuttered for decades so after a few photographs we pressed on to search for the giant California redwood and the “Salto do Rosal” or “Jump from the Rosary” waterfall. If that isn’t a poetic way to describe a waterfall then none exists. 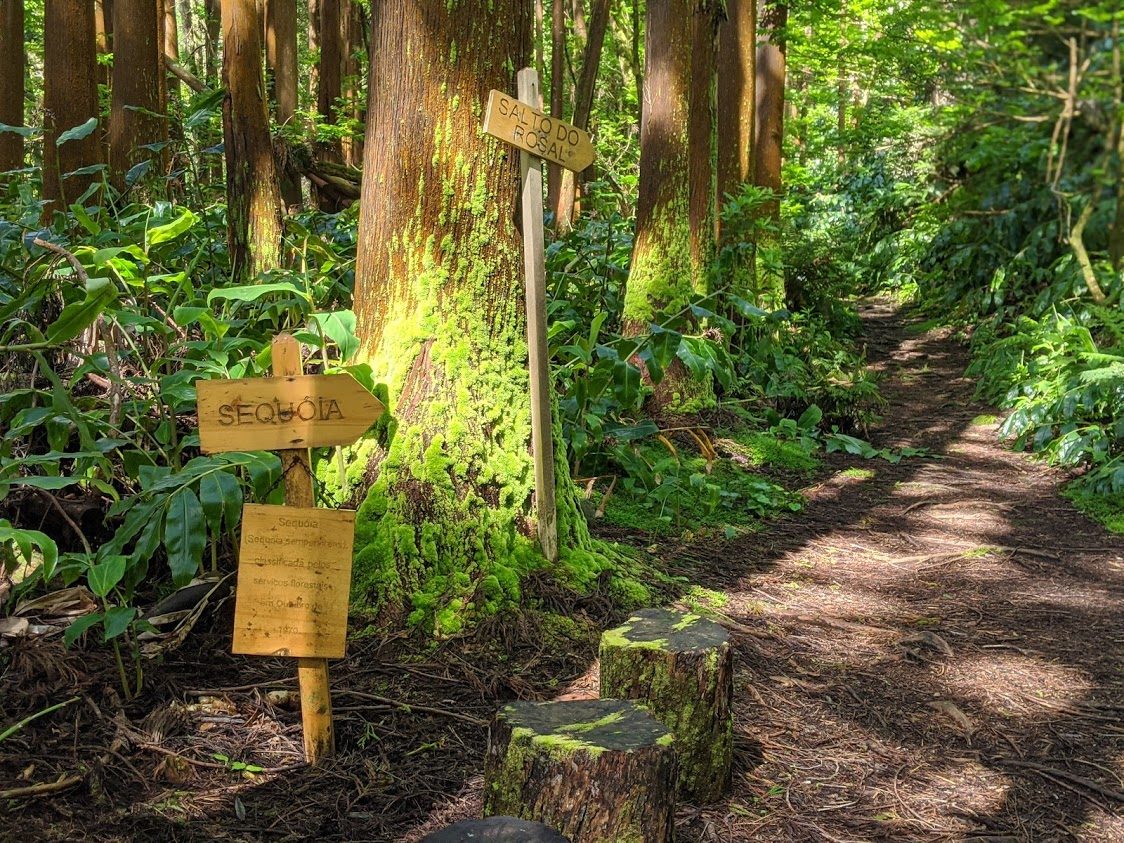 After 30 minutes of single track hiking through waist-high ferns, sodden pine needles and wild rose vines we entered a clearance, and there stood a two hundred foot California Redwood, stately and tall amongst a grove of lesser redwoods and Japanese cedars. With its trademark foot-thick bark and enormous girth, we almost forgot where we were.

The first twenty to thirty feet of the California native were covered in an uneven patchwork of bright green moss so thick it felt like a spongy wet blanket, testimony to the constant moisture and minimal amount of sun that this magical part of the garden receives. Feeling sufficiently dwarfed by this giant of the forest we pressed on to find the waterfall. 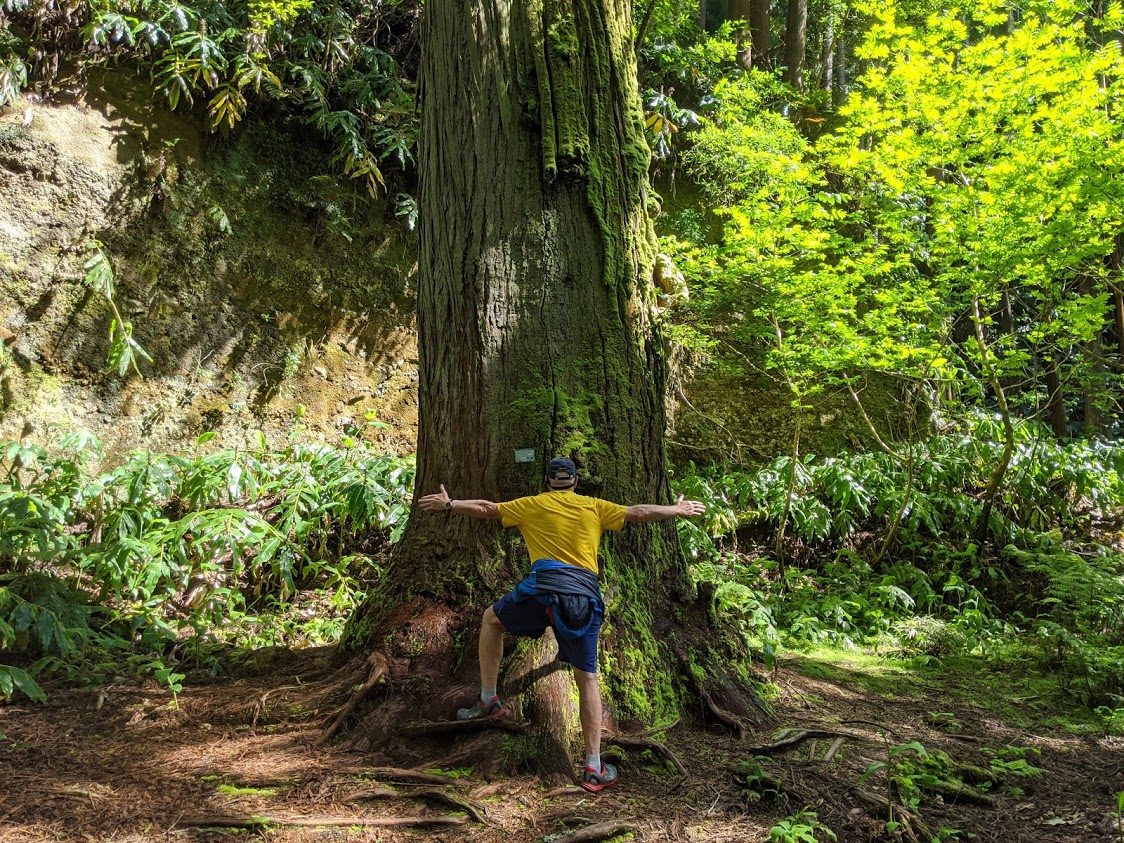 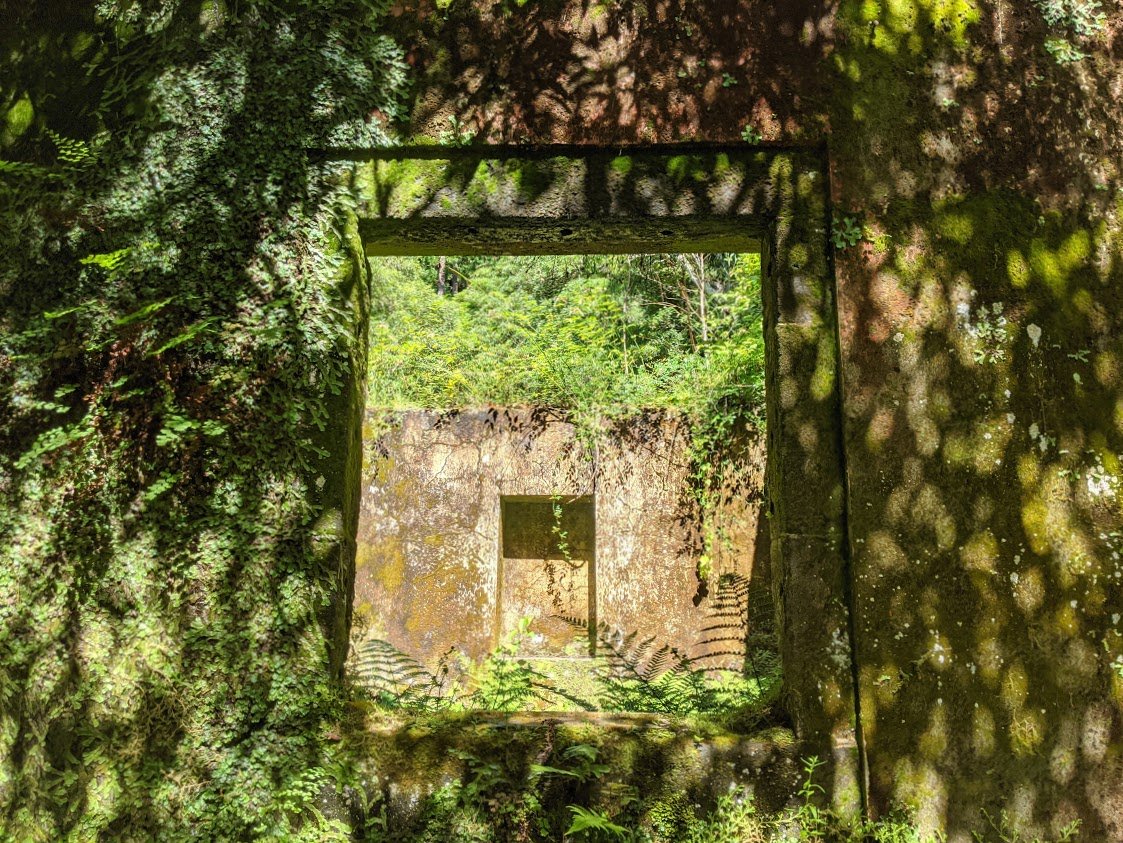 Another half-hour passed when we noticed a small river alongside the trail. Passing an abandoned two-room house overcome by the forest we could finally hear the waterfall. It was another 15 or so minutes when, there it was, hanging ever so delicately from a shear rock face. Dropping nearly 200 feet it did indeed resemble its namesake “Jump from the Rosary” waterfall. With the late morning light hitting it just right the fall and its misty spray looked for all the world like an exquisite crystal rosary.

Visiting botanical gardens is always high on our list of things to experience when visiting new places. Having waited for close to three months to visit the Mata-Jardim Gardens our reward was being able to experience it all alone. 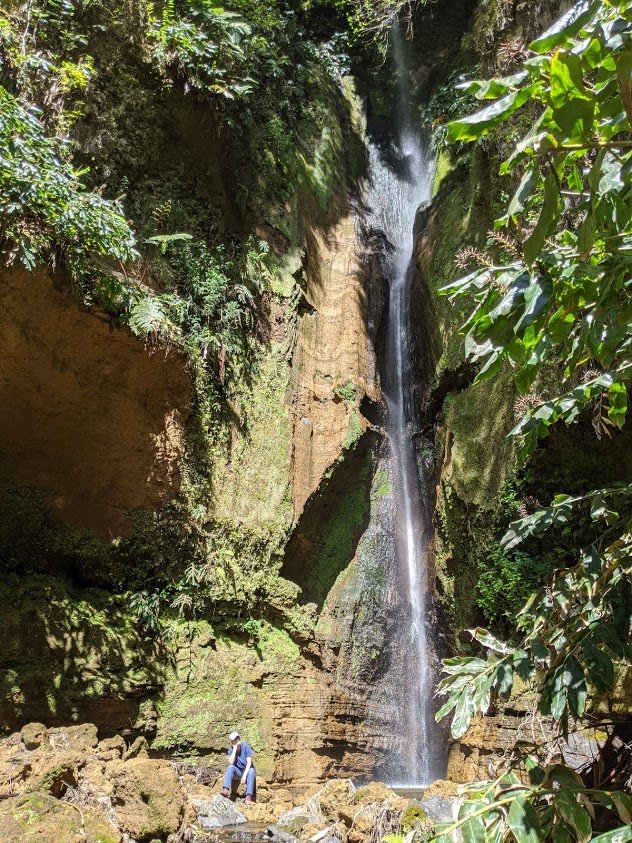 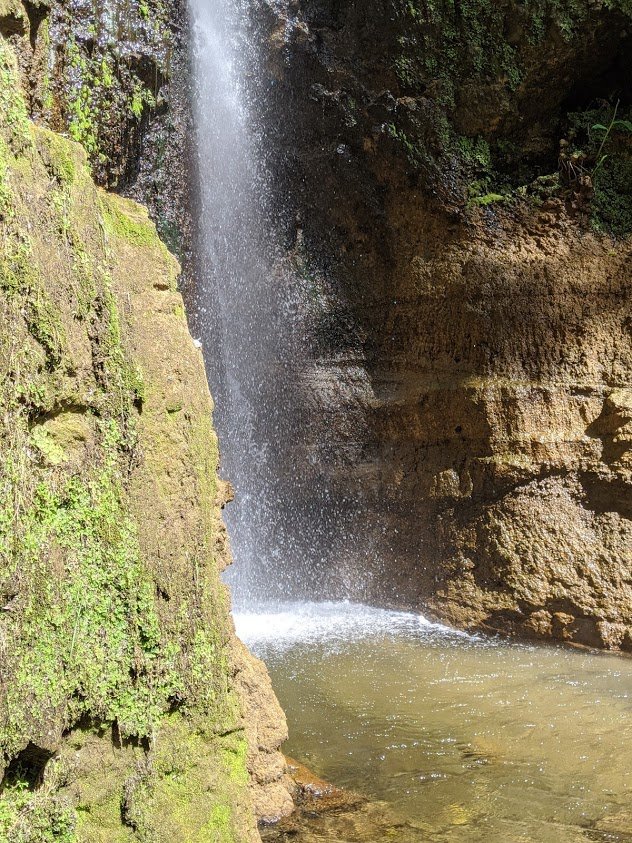 Currently living in Savannah, Georgia. Continues to travel the world in search of unique stories involving adventure, architecture, culture, food & markets, people and the most beautiful places on earth.
All Posts »
PrevPreviousBringing in the daily catch
NextGarden party at Furnas LakeNext