The Wall of Nine Windows Aqueduct 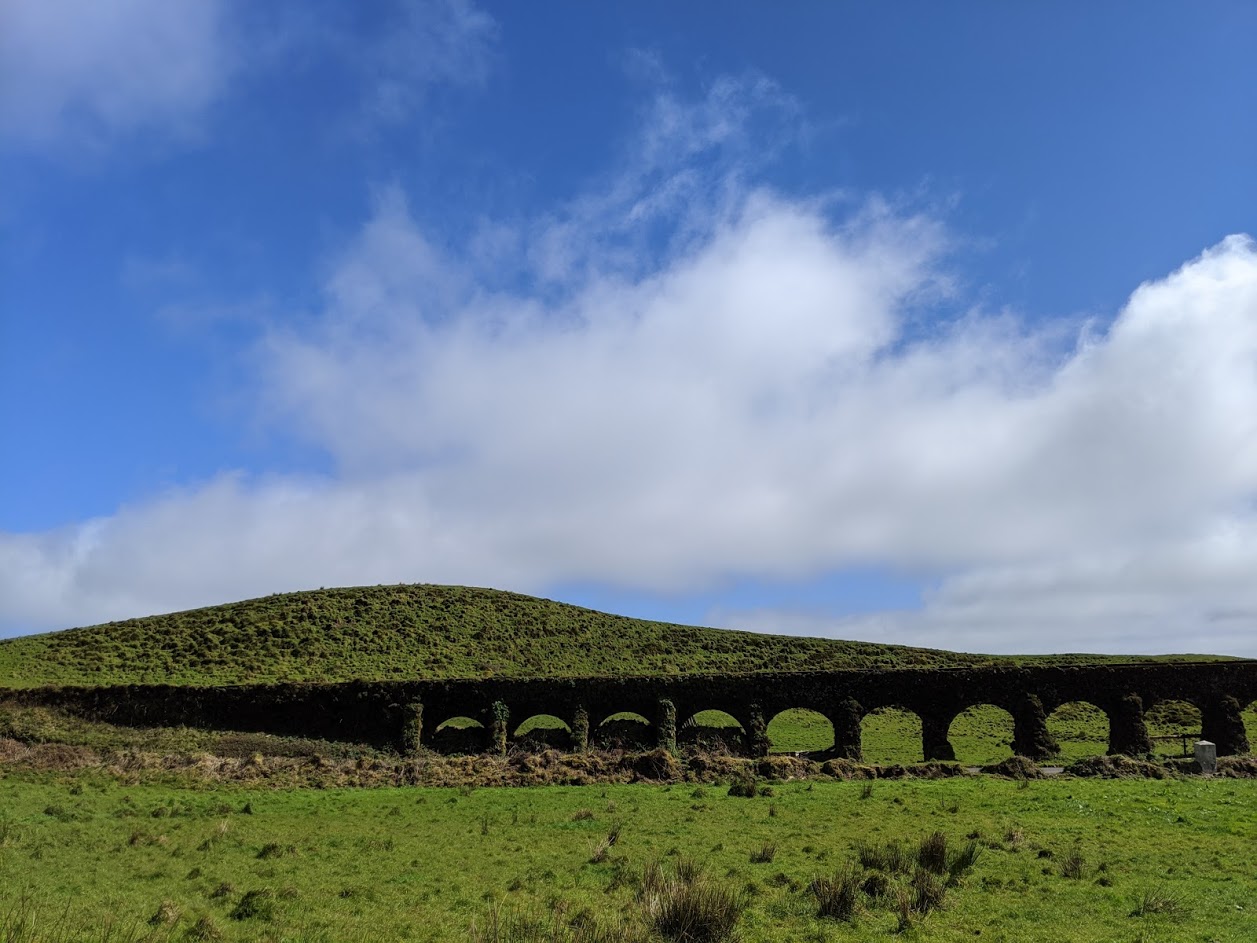 Since antiquity aqueducts were constructed to transport water from one place to another, thus insuring a regular and controlled supply of fresh water. They took on many forms including underground tunnels, vast networks of surface channels and canals, and of course, monumental arched bridges.

Throughout history the management and distribution of water has played an important role in supplying thirsty towns and villages, along with assisting in the critical task of crop irrigation. For millennium civilizations have built a variety of water delivery systems to insure the constant flow of life’s most precious resource.

Some of these systems were built on the surface of the ground, following the contours of the landscape while others were simple shafts dug into underground water tables to create wells. Collecting rainwater in enormous cisterns was also widely done so that water could be stored and used at a later date.

Aqueducts on the other hand allowed communities to live further from a water source, be it lakes, streams, rivers or snow covered mountains. Building above the land instead of on it also allowed for a more straight line delivery of water while using gravity to enhance the flow.

Of the many ancient civilizations that constructed aqueducts it was the Romans that were recognized as the preeminent master builders. Stretching across the landscape from Spain to Syria their awe-inspiring structures not only carried life and prosperity but also contributed to the greatness of the Roman empire. Although the Romans inherited the tradition of water management no previous system came remotely close to the astonishing level of sophistication and reach of Roman aqueducts.

So it was with an equal measure of surprise, curiosity and awe that we felt when we first came upon an ancient aqueduct near Sete Cidades on the island of Sao Miguel in the Azores Archipelago.

“When were the Romans on the island?” We thought.

We knew that couldn’t be as the Azores were settled by Portuguese in 1427 and they arrived to a place that was uninhabited by any indigenous peoples. Yet here was this massive lava stone aqueduct mimicking the aqueducts the Romans had constructed throughout their massive empire.

Making our encounter all the more mysterious was the deep fog and mist that enshrouded the structure. Appearing like a sleeping giant covered in lush green vegetation along with the ever present bright orange lichen that grows over many abandoned buildings on the island it was a surreal dreamscape. Fortunately on our second visit we were blessed with clear blue skies that brought the aqueducts shape into much sharper relief.

The ingenuity and hard work of these long ago builders was on full display as the aqueduct stood proud, showing off its precise construction and determined purpose. We later learned that this particular aqueduct was built to deliver water from the lakes of Lagoa do Canário and Lagoa das Empadadas to the thriving city of Ponta Delgada.

While the Muro das Nove Janelas ( Wall of Nine Windows ) aqueduct is no longer in use it remains quietly resting on the land, waiting for other unsuspecting passersby to stand breathless in its presence.

Currently living in Savannah, Georgia. Continues to travel the world in search of unique stories involving adventure, architecture, culture, food & markets, people and the most beautiful places on earth.
All Posts »
PrevPreviousWater, water everywhere!
NextDiscovering the magic of WaterwaysNext