Surviving the Oxi Pass in Iceland 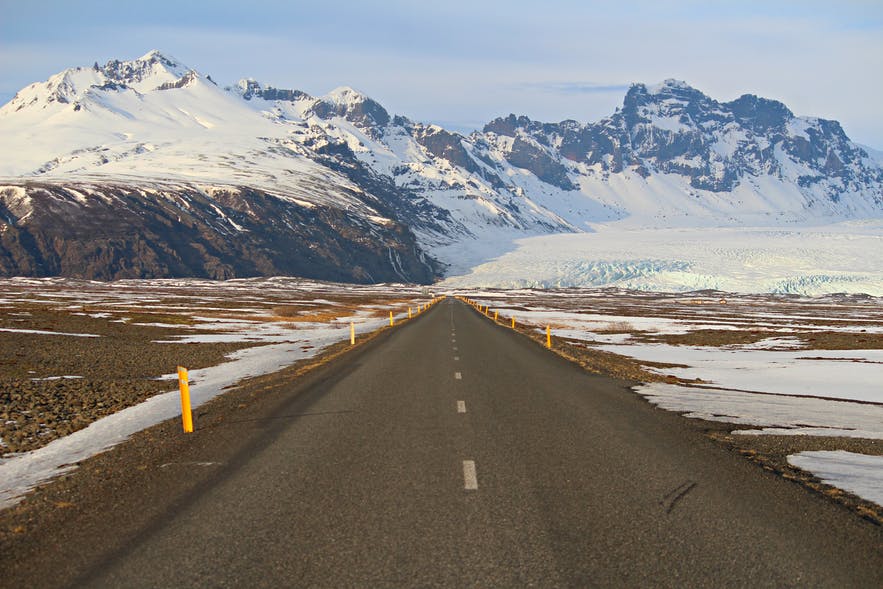 Surviving the Öxi Pass in Iceland

A 12 mile, white knuckle shortcut not intended for the faint-of-heart!

The Öxi Pass is a mountain pass located in Eastern Iceland at an elevation of 1,768 feet above the sea level. Although it is a well maintained gravel road it is very narrow and steep, with some sections reaching a 17% grade. Along this 12 mile pass you will be literally driving up and over a mountain.

While staying in Lambafell on the southern coast we began mapping out the next leg of our Ring Road adventure. With several stops planned along the way we knew that it would be a long day before arriving at Lake Myvatn, our next destination.

We would need to use our time wisely.

Our final stop before making the push to Lake Myvatn was the Jökulsárlón Glacier Lagoon. From the lagoon it would be another two and a half hours until we reached the northbound turnoff for the lake. Midday was upon us so continuing on the Ring Road seemed out of the question as it followed several fjords and would take a minimum of two additional hours.

Thus the decision was made by our chief navigator (aka :: Fernanda) to take the “shortcut” known as the Öxi Pass. I vaguely remember her telling me that we could save some precious time and that it would “be an adventure”. That casual comment turned out to be an understatement.

The first third of the 12 mile pass was pretty routine. The road was narrow in places yet reasonably well groomed and although we knew that we were steadily climbing it was fairly easy to navigate. Along the way we saw jaw-droppingly steep canyons and numerous, gorgeous waterfalls. Some were cascading with awesome velocity and others appeared like fine silver threads weaving their way through impossibly vertical green cliff

Then things got dicey.

The higher we climbed the narrower the road became as the drop offs became deeper and steeper. There were points where it was questionable if two cars would be able pass and backing downhill was not an option. Each turn became more blind, leaving me to stretch my neck around the corners of rock faces that never yielded a comforting view. I could not imagine driving this road in a heavy fog…or in the dark.

Every blind turn, every slip of the front tires made us wonder if we had made the right choice. With zero cell phone reception and not another vehicle in sight for miles we began the slippery slope into the first stage of bad decision trepidation. It was easy to understand why the government closes this road in the winter.

Did I mention that there were no guardrails?

Just as my sweaty hands had lost all circulation from the death grip I had on the wheel we saw a car heading toward us. It was two young women laughing hysterically. As the road became slightly wider they passed us, barely paying attention. Their laughter did not appear out of fear we thought, so what was so funny?

As we approached the tire slipping 17% grade to the summit and our traction on the loose gravel became more tenuous we realized that the reason they were laughing is that they had reached the summit, from the opposite direction, and it was all downhill for them! Relief replaced fear as we whooped and hollered in excitement. Soon the color in my hands began to look like human flesh again.

Still not out of the woods we carefully navigated the downhill portion of the pass until in flattened out and met road 95 on the way to the towns of Thingmúli and Egilsstaðir where we would reconnect to the Ring Road and complete the final 2-hour leg of our journey to Lake Myvatn.

Road 95 remained a gravel road, albeit considerably wider and safer, as it paralleled the Fljótsdalur valley, a deep, glacier carved valley holding the magnificent 85 mile long Lagarfljot river. As the river courses its way through the valley it forms the 21 mile long lake called Logurinn home to Iceland’s mythical version of the Lochness monster.

This portion of the journey was considerably more relaxing as we drove along the river dressed in fall colors into high snow-covered plateaus. Winter comes early in Iceland and although it was only late September snow was making its way into the higher elevations. The landscape up here consisted of three colors…black, white and the blue of a late afternoon sky. It was simply glorious.

Several hours after descending from the Öxi Pass and 10 hours after our departure from Lambafell we pulled into the Vogarfarm Guesthouse, which would be our home for the next three days. Hungry, exhausted and relieved to finally arrive we checked into our cabin and headed for a well deserved dinner. Over lamb stew and a bottle of wine we reflected on our Öxi Pass adventure.

As we quietly laughed to ourselves we thought…danger…what danger?

Currently living in Savannah, Georgia. Continues to travel the world in search of unique stories involving adventure, architecture, culture, food & markets, people and the most beautiful places on earth.
All Posts »
PrevPreviousOur six favorite Iceland hikes
NextAdventure to the end of the earthNext